WHAT PRICE REPUTATION:
An investigation into corporate reputation management in the FTSE250

WHAT PRICE REPUTATION:
An investigation into corporate reputation management in the FTSE250

Deciding how and when to build corporate communications capability can be a challenge. The decision to move from agency-only support to developing a dedicated and effective inhouse resource requires a solid understanding of what good corporate reputation management is as well as knowing how communications can best deliver the organisation’s broad objectives. The inhouse corporate communications role can vary hugely. What works for one firm won’t necessarily work for another. FTSE250 firms need to clearly define the responsibilities and remit of the position as well as allocate sufficient budget. 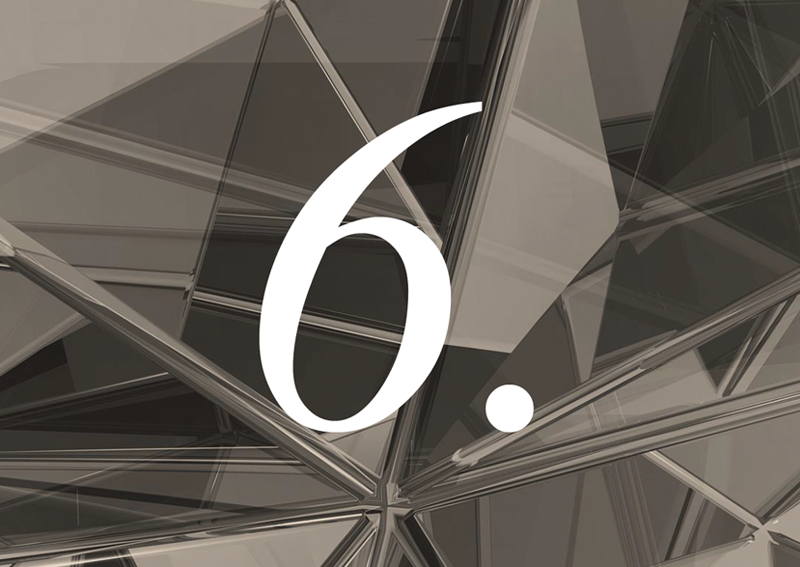 What are the key deliverables of the role? What is the appropriate reporting structure and level of seniority? What skills and experience should the postholder possess? How important is sector experience? What personal attributes are important? How to measure success in the role?

There is no ‘right time’ to appoint inhouse resource. The decision will vary from organisation to organisation and depends on several interlinked factors such as the company’s size, its sector and levels of scrutiny, its strategy and plans for growth, its reputation and the CEO or chairman’s understanding of and belief in corporate reputation management.

“Pressure came from the board pretty early on in the company’s development. They thought that our organisation had a negatively low profile and was missing opportunities in the media. They were keen for us to hire a group communicator to raise awareness of the firm to directly impact on customer awareness”.
FTSE250 CEO

Some corporate happenings tend to fast-track the decision to hire in inhouse communications resource. These include financial transactions such as IPOs, mergers or rights issues, changes in strategy or business transformations, diversifying or increasing the shareholder base, stalling growth, an incorrect market valuation, increasing growth, positioning the company as a unified entity, a new CEO or chair, a misunderstood company strategy, or a crisis.

The decision to hire most often comes from the chair at the top, followed by the CEO and CFO, usually driven by advisers such as brokers and NEDs

“Our shareholders had talked to our chairman in a pretty robust way and he had a clear mandate to change the way things were being done. Appointing an inhouse corporate communications specialist was top of the list”.
FTSE250 CEO

Most FTSE250 firms seem to follow a reasonably well-worn path when bringing in specialist corporate reputation management capability. This usually starts with the use of a PR consultancy on an ad hoc basis, through to the appointment of a senior inhouse corporate affairs director that reports to the CEO and is a member of the executive committee. 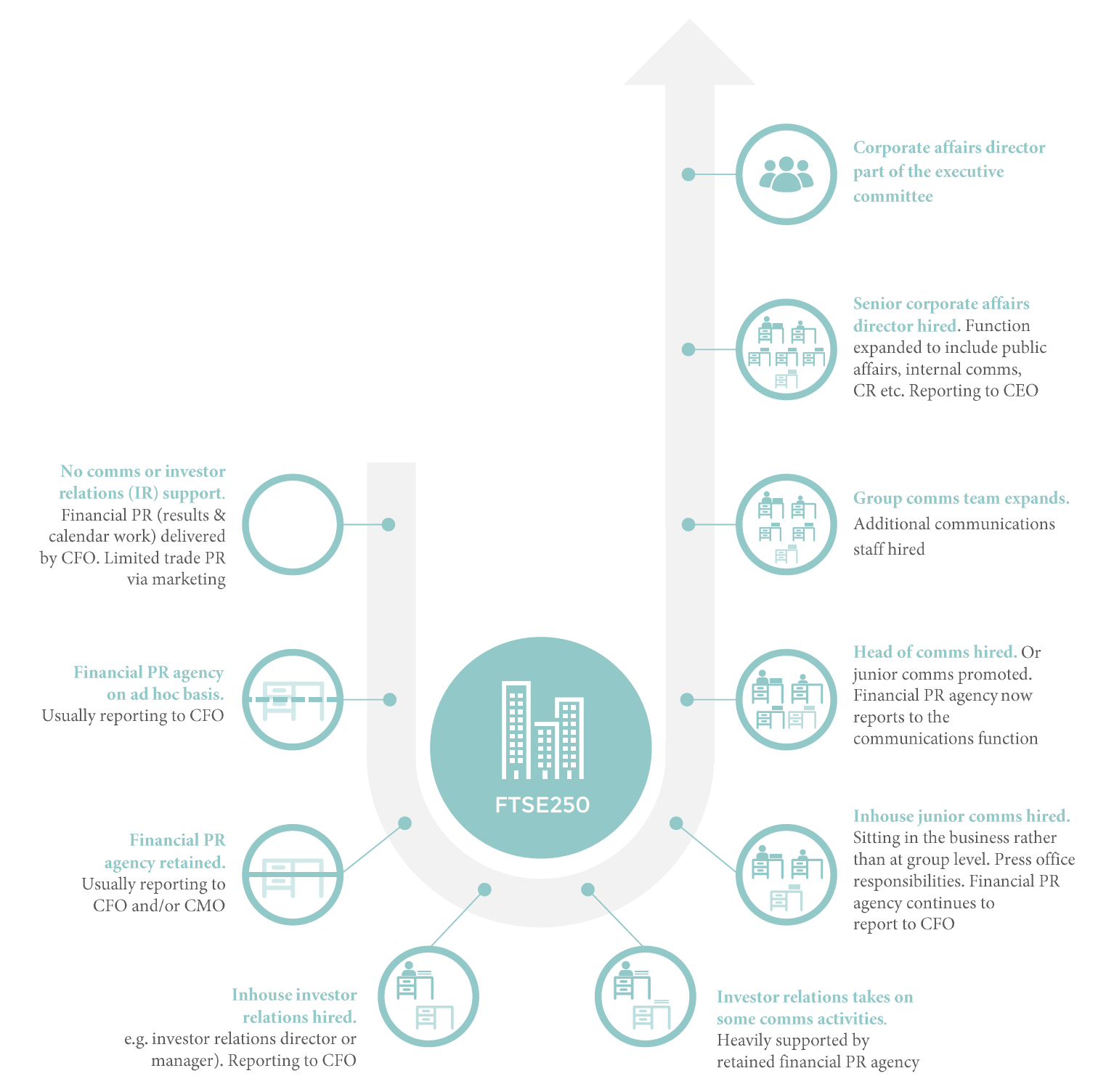 Generally, the imperative to step up communications comes from the level of external interest in a company, rather than its market cap per se. Indeed, for some high-profile organisations, it makes very little difference which index they sit in. However, smaller companies will generally not need the more sophisticated elements that much better-known FTSE 100 companies require.

“We’ve been in the FTSE100 and FTSE250 and because the nature of our business is large, high profile with government funds, it means we’re always going to be under very high levels of scrutiny. Our investors are the same whether we’re 250 or 100.”
FTSE250 Corporate Affairs Director

There is an obvious distinction between an organisation moving up to the FTSE100 through organic growth versus a business getting there via a large merger or acquisition. If a FTSE250 organisation is knocking on the door of the FTSE100 through steady growth, any adjustments that need to be made will likely be incremental rather than tectonic. Conversely, those firms suddenly landing in the FTSE100 as a result of an acquisition will often have immediate challenges to wrestle with and a much bigger corporate reputation management transition to make.

“In FTSE250 firms you need to be a bit more of a street fighter and a lot more hands-on compared with FTSE100 communications leaders who can afford to be more remote from stakeholders”.
Former FTSE100 Communications Head

REPORTING LINES IN FTSE250 VS FTSE100

* Strategy, legal, chairman etc
“There seems to be an automatic premium paid to advisers when a firm gets to the FTSE100. And if that company then drops out of the 100 into the 250 like we did, the fees almost always stay the same rather than reduce”.
FTSE250 Communications Leader 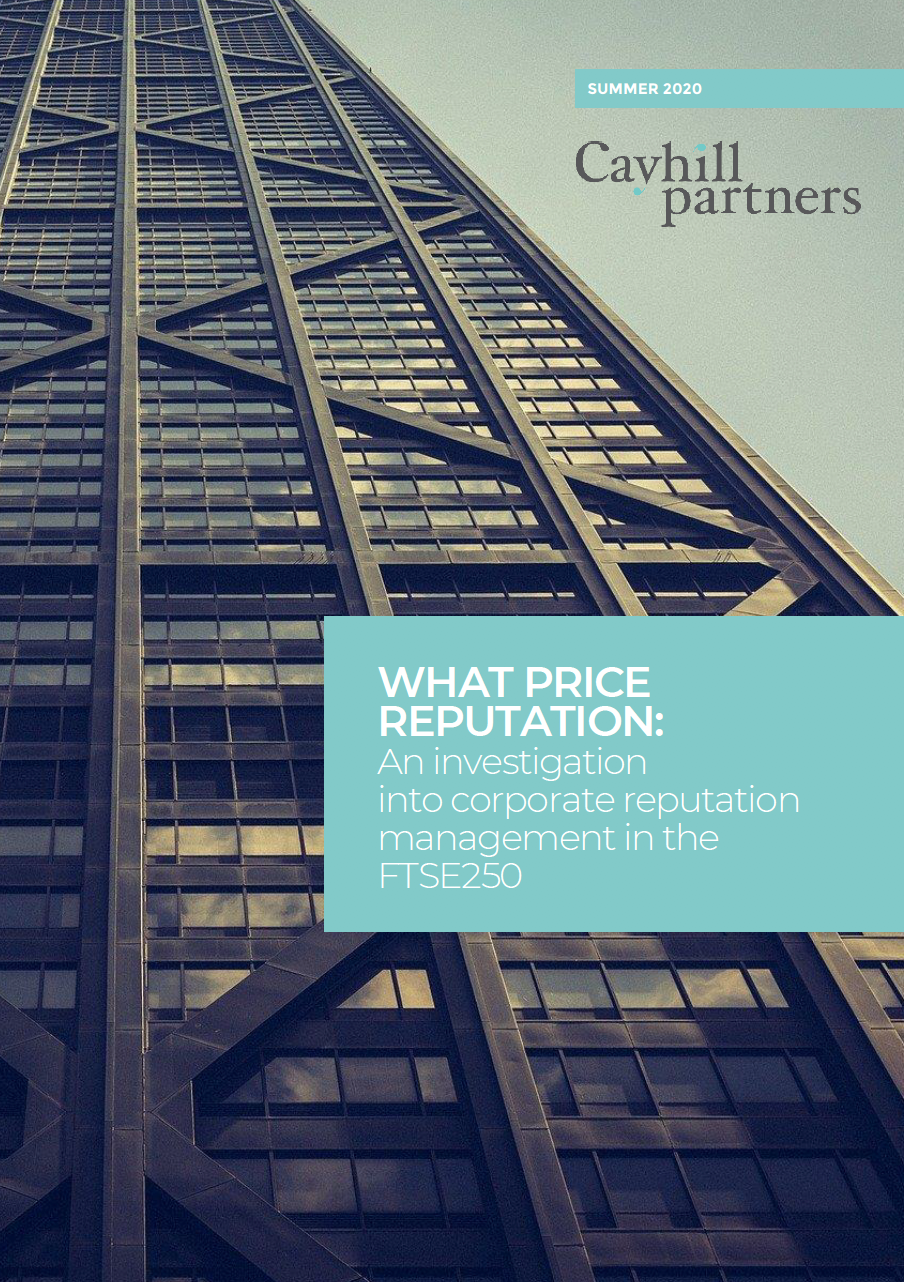